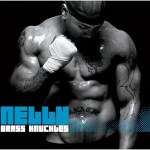 Life after college goes in a few directions depending on the person, examples of which I’ve witnessed through my fellow post-graduation friends. Some people take the marriage route, getting hitched a few months, weeks, or days after graduation. Others get jobs, move into apartments by themselves, and do the single life thing (or have girlfriends that visit on the weekends). Still others move back in with their parents where they can use their newfound college smarts to think about ways of making their shiny new diploma profitable. Many people who fall into these categories also stop going to the gym, or start overeating, or something, and end up getting “out of shape,” so to speak. Then of course there’s those people that go to grad school or med school or pharmacy school, but they don’t count.

Then there’s the other group. The one that keeps on living like they are in college, with roommates, few serious responsibilities, etc. These people normally have jobs, since their parents rarely feel compelled to fund a college lifestyle, post college. When studying this particualar group, one may note that the fitness regimen can go two ways – the post-collegiate drunk, or the post-collegiate fitness buff. Since I fall into this overall group, I’ve been trying to align myself with the “fitness buff” category. I’ve reduced my alcohol and tobacco intake (not that I smoked much, and when I did it was usually hookah or something along those lines – I hate cigarettes), been attending the gym religously, and trying to watch what I eat.

I feel I’ve staged a successful return to my fitness regimen (and much more consistently than in college). I’ve been using a variety of tools to assist in the successful execution of my workout plans, including Gyminee (review coming soon) and my iPhone. Recently I made a forum post about the music that keeps me going in the gym, and I am posting that here for your benefit (it’s not a complete list by any means, just some of what’s on my player right now). Now download this music and get your lazy ass in the gym! I’ve been there since August and as of today I’m in better shape then I’ve been in the past couple of years and as a bonus I’m ten pounds lighter than I was when I started.

The Music (playing on the iPhone as of October)

Hopefully this will be a tad nudge of motivation for anyone who keeps telling themselves that they need to go to the gym but they just don’t have the right music. Or at least it will give you some ideas or new songs to look for! If you have any suggestions, please use the comment form to enlighten me to my ignorance.