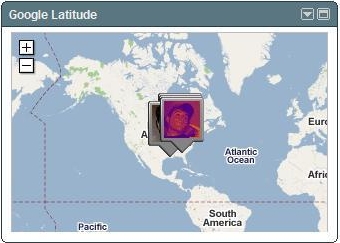 Google Latitude is both extraordinarily useful and superbly useless.

Let me explain myself. First, I must mention that I consider myself quite the technology aficionado (no surprise to many of you) and I attempt to stay abreast of the latest “web2.0″ trends. I try new web services often and usually abandon them quickly. When exploring a new service, I try to find a way to enhance my life with its’ functionality. Unfortunately the majority of these new services fail to meet that goal and I never log in again. Occasionally, however, I stubmle across a new gem with potential for greatness.

Google Latitude is one such product.

For the past year, many people have been touting “Location Based Services” (LBS) as the next big application for internet connected mobile devices; I’ve maintained a passing interest in this since I got my iPhone. There are a few small players experimenting in this area (such as Loopt), but nothing huge. The largest social networks (Facebook and MySpace) are strangely absent from this area, even though both networks offer decent iPhone applications.

When Google released it’s Latitude product a few weeks back, I immediately signed myself up and added a few friends to my network. Currently my location is updated by hand and at random intervals, since the functionality has not been released for the iPhone (it is rumored that it will be an addon to the Maps application). After playing with the iGoogle widget for a few days, it seems clear to me that Latitude is intended to be a location platform not a service. Its current interface is not much more than a basic proof of concept; Latitude will not truely shine until the API is released and it becomes a behind-the-scenes service that manages your location data and its distribution to outside services and applications (like Facebook or MySpace).

Facebook is the current home of my most extensive social graph, with over 800 connections. While Facebook could easily develop their own location service and integrate it with thier iPhone/BlackBerry applications, I think that this would be a terible move. In my perfect world, Google would host the platform (Latitude), giving me a central repository for my location data. I could then select the web applications with which I would like to share the data (and updates about it). Such as Facebook and MySpace, or any other location based service that I deem will add value to my life.

I’m hoping that is what Google has in mind, but they are laying out the pieces slowly and trying to get each step of the puzzle correct. There’s huge potential for LBS, and Google is making a very “googlesque” play here. I just hope that companies such as Facebook continue opening their platforms and playing nice together; I don’t want to need a seperate application to update location information on each of my 12,031 networks. I want one platform that can be updated with my choice of program and will push the information out to my networks. Simple!

Note:there’s also Yahoo’s Fire Eagle, which provides a similar service but already has an API and some programs that work with it. I haven’t played with it much, but I have similar concerns… and it would be nice if location data could be passed between Fire Eagle and Latitude, even though they’re both supposed to do the same thing.