D
digivation.net - The Archives 2006-2011
Welcome to the digivation archives! Between 2006 and 2009, digivation.net served as a creative outlet for Matthew Smith and, on occasion, Michael Chappel. Since 2010 or so, both Michael and Matthew have been preoccupied with other persuits and digivation has fallen into disuse. While the digivation.net domain is being repurposed for other things, this archive will serve to keep the content available for posterity.
Blog Posts

Over the past few weeks, I’ve been working on an extensive project for my Aunt (there will be more details on that one later) and have been putting my lovely computer through the paces. I must say, the beastly Core2Quad definitely gets work done! I would like two more gigs of ram, but thats for another day…

A little late on the news side, but [Indignant Funk Pharaoh][1] is playing tonight at [550 Blues][2], Macon, Ga. I’m sure you haven’t heard of the band, but that’s because they’re new and they’re local. IFP is a funk/jazz/fusion band and all members of the band are fantastic musicians. If you’re wondering what they sound like, you can find their myspace player come see them live at 550 tonight!

I’m Even More Sure That Vista Sucks

I’ve been well weary of Microsoft’s newest iteration of Windows as Vista, and have refused to install it on any of my personal machines. Recently, I rebuilt a system for my cousin that consisted of an AMD Athlon 64 x2 4800+, 4GB ram, and sported a GeForce 8600 256MB video card. I thought that such a system would surely handle Vista with ease.

Over Thanksgiving break, I worked (as some of you might know) at a local computer store. It just so happened that I have been thinking about looking for a new laptop to replace my aging (and rather crappy) Mercer model, and one of the other technicians mentioned that he had a laptop he’d be willing to sell cheaply.

I hope that everyone had a great thanksgiving! I was so busy stuffing my face and working (at the computer store) that I forgot to post. Oh well – at least I remembered eventually, right?

Don’t know if anyone has noticed lately, but it seems Google is handing out an early Christmas present to its’ beloved users. The rate of increase of storage space has increased drastically – after hovering below 3 GB for the past year or so, Gmail accounts now have 5000 MB and counting – rapidly. In the past two days, the amount of storage has risen by around 100 MB. I guess this will help now that we can send and receive 20MB file attachments!

As you all know (or should), we here at digivation love all things open and wonderful. And that makes me happy to note that while surfing the ‘net I ran across a new NIN remix CD, [Y34RZ3R0R3M1X3D][1] (Year Zero Remixed). The album itself is actually quite enjoyable, but the most fantastic part of the deal is found at the bottom of the page: 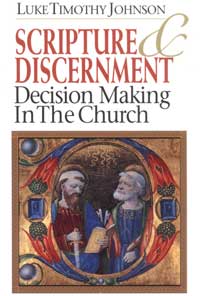 For the second paper in my Christianity class, I had to discuss [Luke Johnson’s][1] [Scripture and Discernment: Decision Making in the Church][2]. I present it to you in all its’ glory, PDF style [here][3]. And only eighteen minutes after I turned it in! Talk about hot off the press…

As I am sure most of you are aware by now, the Writer’s Guild of America has gone on strike. If you are wondering why, let me break it down for you. First of all, TV networks have begun distributing shows over the Internet. The writers, who are generally compensated whenever any of their work is distributed, are receiving no money for this new method of viewing. The networks, however, claim that since Internet distribution is so new, that they are not immediately earning a profit and in fact are unsure of any future earnings. The writer’s have accepted this explanation, but are not looking to be paid immediately; they merely would like to work out a deal for when they start making money. The networks, in turn, don’t want to make any deals until they start seeing a profit from Internet distribution. This, howevcr, is not the most important aspect of the strike. The writer’s are most concerned with the compensation they receive for DVD sales. Currently, they receive 4 cents per DVD, which they would like to see doubled. Now, I tend to favor the writers, but what do you think?

Another Paper to Write

I’m missing in action this week because in addition to the rote work of the week, I’m attempting to assemble my thoughts on Luke T. Johnsons’ book [Scripture and Discernment][1]. If you couldn’t figure it out, this paper is for my Christianity class (as was the [last one][2]) and I’ll be posting it up once I finish it. The rub? It’s due next Monday and I’m going to be out of town all weekend – so I need to finish this by Friday. Yay.

As you may (or may not) know, I do IT work at a small local school. When I am not busy solving teachers’ problems, I am tasked with performing various maintenance tasks on these computers. Almost every system that I deal with runs Windows 2000 (the rest run XP or 2003 Server) and these are running on a wide range of hardware (mostly ancient history by today’s standards). Most recently, I’ve been updating a bevy of software. I first installed updates by hand – a long, boring, tedious, and annoying process. Since necessity (or boredom) is the mother of invention, I quickly decided it would be easier to throw all of the commands into a [batch file][1] instead of clicking through each install.

In his [last post][1], Chappie mentioned some “nifty software” that came with his new WD hard drive that allowed him to sync folders on his external drive with those on his internal hard drive. I’m sure that the software that came with his drive works wonderfully, but I’m also betting that it’s proprietary WD software that you can’t find if you use some other brand of external drive.

Back That [Data] Up 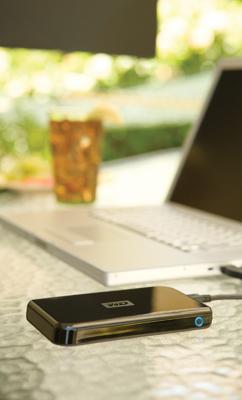 A while back, a post was written mentioning the ever-present danger of crashing a hard driving and losing all of your most precious files. In the past week or so, I have noticed that my computer has decided it would rather think for itself than do what I command. Actually, it is showing signs of a failing hard drive (or alzheimer’s) on a daily basis.

I’m no Good, in Other Words, I Suck

What are Sin and Redemption? 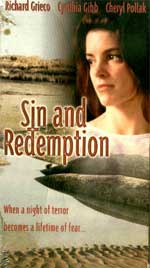 Seem like a weird question to find around here? Well, it is.

In the past I’ve written about David’s music (both his personal stuff and [things][1] he’s done with the Newtons). David, a true connoisseur of music, is both an artist and a producer, and as both, his music represents a continual evolution of sound. Dave’s first efforts at recording and producing a sound can be heard on the Newton’s album.

I’ve returned from Louisiana (which was amazing and will be getting a post shortly) and I’m swamped with work. When I get a break from my class work, I’ll mention get on it, so to speak.

That’s what I’ve been doing. Well, at least let me make a few arguments in my defense. Just a week or so before returning to school I had some crazy stuff going on in my life (if you don’t immediately know what I am talking about, check out my facebook profile and you should be able to figure it out). Upon returning to school and moving into my new place, I was without internet for…about a month, which is tragic. So, without immediate or convenient access to the interweb, it was difficult to continue writing, and I gradually lost motivation. Also, I find myself having the majority of my free time consumed with planning…certain events. Anyway, keeping up the site is not necessarily at the top of my priority list right now.

I’m a Sucker for Stats, Let’s Go for a Run

Since my sophomore year of high school, I’ve been an off and on runner. Some months I’d make it out five days a week, others I’d miss completely. After slimming down quite considerably and getting in the routine of regular exercise, something would come up and then I’d get out of routine and miss the gym and track for several days, weeks or months at a time.